Bruno Pace
born in Santeramo in Colle (Bari-Italy) on 5 December 1970.
Is studying graphic design and graduated with the highest marks.
Begins immediately after school in the visual communication projects mainly advertising, including that photographic, he became partner AIAP (Italian Association for Visual Design) and after 2 years deals with the design of some booths of major furniture companies.
Since then Bruno feels a particular interest in the field of industrial furniture and it begins the study through practice. Is associated with the ADI (the most important association for industrial design), and this path begins at the Nicoletti Spa leader for the 'export of upholstered furniture the United Arab Emirates.
Subsequently changes to the product design at companies of international importance and first in the world export industries such as leather seats. 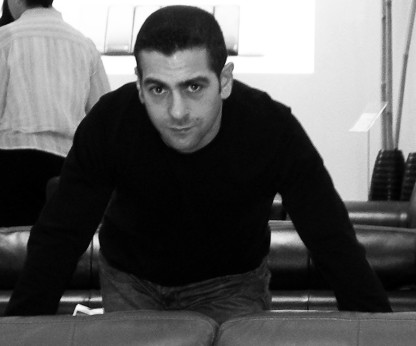 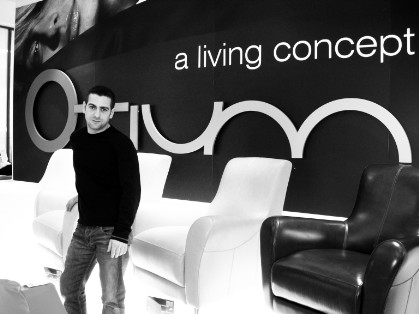 Because of the desire to advance their own experiences, having worked in the most important Italian companies with important tasks, both as a designer and as an organizer of production and technical lines, decides to accept the appointment in 2000 as part of a large Brazilian company: the NIROFLEX Ltd. which designs the first collection of leather sofas for the U.S. market.
After 3 years of work in Brazil, he decided to return to Italy to be near family, continuing his career as a freelance designer for major companies as Doimo Group (Italy), Ditre International (Italy, Romania), Zegen (Ukraine), Natuzzi (Italy), Montel (Turkey), Dietch (Germany), Moon (Russia) and many others.
In 2004, he was asked by major lenders to establish a new factory located in Bari: The Otium Spa It follows the design of the production departments, care and especially the construction of technical areas including design and development area (of which it is directly general manager), costs area and technical office.

The Otium attend the fair in Birmingham (UK), thanks to which brings home an important contract with the Harveys stores to supply the 359 model conceived, designed and engineered by Bruno Pace for the consumer market and UK for the manufacture of 2000 seather for day to 2005-2006 delivered in the UK.In 2008, after having brought the company to the top of the turnover of 30 million euro, the company decided to move production out of italy for lowering costs and be in line with some political decisions of our competitors. Bruno Pace does not agree with this decision and decides to leave the company and founded STUDIO HUNO, an area totally dedicated to the design and construction of prototypes for the industry upholstery furniture and complements home living. All inside of STUDIO HUNO designers and architects who collaborate with the founder, have developed and continue to develop projects and collections for important Italian and international companies.